CLEVELAND, OH (January 20, 2015) – ContainerPort Group, Inc. (CPG) is pleased to announce the promotion of Vince Kraus to the newly created position of Director of Terminal Services.

This promotion underscores a seminal moment in CPG’s continued growth & evolution in its container-yard (CY) service offerings that are so critical to the international supply chain (in particular to the ocean carriers, leasing companies, chassis owners, as well as the truck drayage community).

“Vince is ideally suited to lead our Terminal Services group with his 19+ years of hands-on experience in the business,” says Fehribach. “Over his career, he has worked in nearly all of CPG’s container-yards at one time or another (in addition to several rail yards), either working on or managing everything from gate inspections to running a yard hostler to operating a container lift machine to M&R administration.”

Kraus is well respected within the World Group of Companies & importantly, by many of their steamship line, leasing company, and chassis-pool customers. Vince is also involved in the intermodal industry through his service on IANA’s Safety Task Force Committee. 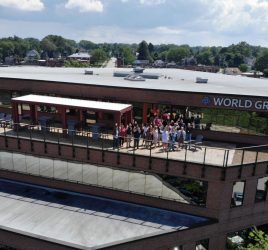 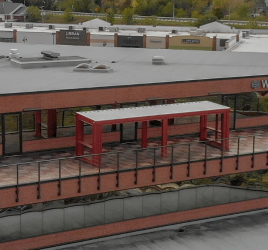